Hando has been working abroad through much of our 10 month relationship. In those precious times we are together, we are in bed 90% of the time. And I'm just counting the time we are awake in bed.

"You know what I love about you?" Hando asked last summer as we got dressed after yet another round in bed. "I love that you just assume we are going to have sex before we go anywhere, even if we are just going out to dinner."

The truth is, I haven't had a partner I've wanted to constantly fuck like I do Hando since I was in my twenties. So when Hando brought it up, it gave me a little pause.

Was I using him? No, I decided after some consideration. When we are apart, we text and talk on the phone constantly so it's not like we don't know HOW to communicate or don't want to. We communicate amazingly well as best friends and lovers. And we do occasionally drag ourselves out in public with friends.  It's just when we have time to spend together, we prefer to spend it in bed.

So as we planned my November visit, we joked about leaving time in the itinerary to fuck. Well, it wasn't much of a joke. We were pretty serious about making it a priority. Still, he had a long list of places he wanted to show me. And I knew I needed to take lots of pictures so I'd have evidence I didn't fuck my way through the islands.

Upon my arrival, I found Hando looking as delicious as ever even though he was standing in a light drizzle of rain in a t-shirt, swim trunks and flip flops. As we kissed for the first time in three months, my hands moved from his neck to his shoulders and down his upper arms before my thumbs found his nipples. He sighed into my mouth.

I was ready to take him back to his room and have my way with him but we had a driver waiting and plans for the afternoon. But for that moment, I didn't care. I didn't care who was waiting or who was watching.

We eventually tore ourselves away from each other and proceeded with our afternoon plans to snorkel. The fish were beautiful but what I'll remember about that day was wrapping my legs around him and making out in the waves. Or perhaps it'll be how I had to leave him in the water while his erection diminished, smirking as I made my way across the sand.

When I finally got him alone in his room, we made love and fucked and fucked and made love until he had to get ready for work. It was damn near miraculous he wasn't late since we didn't really know how to do a quickie.

No, really. We didn't. We've even tried once last summer. Still in bed two and a half hours later, we found ourselves laughing at our attempt.

I say we didn't (past tense) know how to have a quickie because we kind of figured it out on my second day there, though perhaps it was mostly because we fucked in the backseat his tiny rental car. Twice. We had been in a hurry to leave that morning and had begrudgingly skipped morning sex and there was clearly no way we were going to make it through a whole day together without fucking even with the gorgeousness of the island trying to distract us. Thank goodness for dark parking lots.

(My apologies to the guy who had to clean the car after we returned it. I wonder if they noticed I squirted all over the seat.)

Although we had an invitation to meet his best friend out, we opted for alone time in a proper bed so we could fuck and play properly. 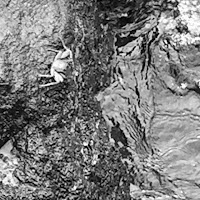 The rest of the week was a blur of waterfalls, sea turtles, beaches and surf. We drove so many places to see so many beautiful things. I'm glad we have pictures - far too many selfies of us as well as a few shots of the beauty around us - because the memories I will treasure were not of landmarks but of moments.


Sitting on the sea wall watching the black crabs scurry across the rocks below and making up stories about warring crab tribes living on opposing rock groupings.

Using a crowd counter to tally my orgasms and how he snickered each time he heard the click. 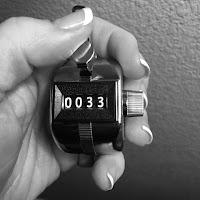 Laying on the beach with my head in his lap.

Watching him perform and not being able to stop thinking about how he had looked under me just minutes before.

What the ligature marks on his wrists felt like on my tongue after I'd untied him.

Being constantly distracted by the tiny circles his thumb made with the hand on my thigh as we drove around. Distracted and so aroused. 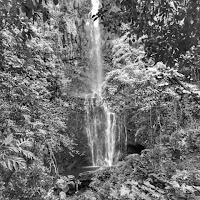 Watching the sunset over the ocean.

Frolicking naked in a beautiful waterfall while Hando watched and cheered me on. Swimming to the waterfall and then floating away on my back as the pounding of the icy drops on my body became a soft misty caress, then swimming back to the falls and floating away again.
Too many amazing memories to list here.

And yes, there was plenty of sex. Not as much as either of us would have liked, but honestly, if we'd stayed in bed the entire week, I don't know that it would have been enough. That's just who we are. We may never get enough of each other and fucking is simply a priority for us.

What I learned from my week with Hando is that it IS possible for us to be together for more than a couple of hours without fucking. Improbable but possible if we have the beauty of tropical islands to distract us.