I enjoy the anonymity of being Mistress Lilyana online. I like being able to display my kinky pervy side for everyone to see via Twitter.

Through those contacts, I have acquired new followers on Twitter and readers of my blog. This is great, right?

Oh yes it's great as long as I don't think about actually having to SEE them from time to time!

And then I get a @response from my bondage instructor and realize I have to face him Thursday knowing he knows that incident as well as just about every other pervy thought that enters my brain because he follows me on Twitter.

If I was the kind of girl that blushes, that just might do the trick.

I guess as I begin to bring my pervy online world and my real life together, I'm going to have to get used to it. I'm sure as hell not going to stop being pervy! I'm not sure I could even if I wanted to.
Posted by Mistress Lilyana 3 comments:

My first sub is a former pro kick boxer and is currently a successful entrepreneur. By all accounts, a leader in every area of his life except one.

As far back as I can remember, the men in my life have all been the alpha male type, including my submissives. This is totally in keeping with the fact that I'm a bit of a handful (you're shocked at this revelation, I know) and probably require a partner that is as strong in their personality as I am.

Since 6, the prospective BF/subs I've been attracted to were all very much the "guy in charge" type. It's hot for me to have a man on his knees before me that's used to having the world by the balls.

I enjoy men who wear emit power like a pheromone. I particularly like the ones who don't have to flaunt it because it's obvious to everyone.

It's so hot when they whimper and beg.

I'm not sure how the rest of the world sees 7, honestly though I can't imagine they peg him as submissive. However, of all of the men I've dated, he is easily the most submissive.

He admits he feels weak around me and I swear I can feel him melt under my hands whenever I touch him. And we haven't even played yet.

On our second date, my martini was served to me with a thick, round rod of a swizzle stick. Of course my perverted mind immediately saw that it would make an excellent cane so I tried it out on 7's arm right there as we sat at the bar.

He sat there with a sexy half smile on his face and let me hit him. I knew his cock was rock hard in his jeans. I could see it in his eyes. I rubbed his arm gently and turned it over so that his tender inner arm was available to me and my mini cane.

He wasn't scared. He really shouldn't have been. There wasn't much damage I could do, though I did leave some marks.

Looking into 7's eyes as I contemplated using the mini cane on him again, I could see his submission and his excitement clearly. Gently rubbing his arm over the marks I'd left, I could feel him melting beneath my touch. Sitting there in that bar, he was showing me more submission than I've felt with other subs naked at my feet, begging and groveling.

It was beautiful. It was intoxicating. And it made me want him even more.
Posted by Mistress Lilyana No comments:

I use nicknames in this blog and on Twitter to protect the identity of my boys as well as myself. Most of them are pretty easy to imagine the derivation of such as cumboy and puppy. However, you may have wondered about how the nicknames 6 and 7 came to be.

Back when I was a teenager, I met a very interesting boy with a very common name. Let's call him William. Since William, I've been involved with an assortment of Williams and Bills. I even married one of them.

To date, there have been NINE Williams not including the Bill that was my platonic roommate for a while.

When I met #4, the Bill I eventually married, I even told him, "You know I can't date you. Your name is William." I figured I'd already dated three of them and that I had learned my lesson that Williams are not for me. "That's OK," he said. "My name is Bill."

He charmed me and I married him, figuring I'd ended the William saga.

Seven years later I found myself single and dating again. One of the first men I became interested in was named Bill, much to my chagrin. However, he was fine with me calling him by his initials so I figured I'd gotten around my little self imposed "No Williams Allowed" rule. Our relationship evolved into a friendship.

And then along came another William. This would be 6 for anyone counting. He was my first submissive

Now there is 7, yet another Bill. This one is also submissive.

I've grown so used to calling 6 by his numerical designation, I kind of choke when I have to call him by his name. I'm certain that the same thing will happen with 7 should I ever need to use his real name. I have not as of yet. :)

I'm torn between two ideas at this point. One theory is that I should have learned my lesson about Williams the first eight times and should probably steer clear of all derivations of that name. My second theory is that maybe JUST MAYBE one of these Williams is the right one and that's why they keep popping up in my life.

Let's just hope I don't have to get to 11 or 12 to figure out which theory is the correct one!
Posted by Mistress Lilyana 3 comments:

Email ThisBlogThis!Share to TwitterShare to FacebookShare to Pinterest
Topics: 6, 7, dating

7 is a Vegas local in his mid 40's who I met in July via a vanilla dating site where I had just posted a new profile that discusses my desire for a D/s relationship. He was the first to respond and we definitely clicked on several levels. I was so so looking forward to tasting his submission when he decided that his desire for D/s conflicted with his religious beliefs. Sadly but respectfully, I've let him go.

Read why 7 is nicknamed 7
Posted by Mistress Lilyana No comments:

Email ThisBlogThis!Share to TwitterShare to FacebookShare to Pinterest
Topics: 7, My boys

An ode to a cock - a poem by cumboy 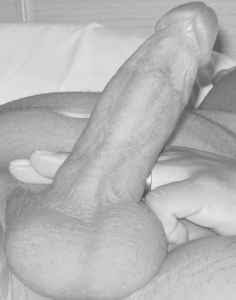 In the never ending quest for ways to humiliate cumboy, I decided earlier this week to test cumboy's creativity. I asked him to look for beautiful cock again. Once he found one I approved of (pictured right), I asked him to write me a poem about the beauty of the cock. Here is what he wrote:

Of course this was NOT what I was looking for and I'm certain cumboy was well aware of that too. However, his cheekiness made me laugh so I chose not to punish him for it and asked him to write a serious poem. After I approved it, I asked him to email it to the cock's owner for his enjoyment.

My Mistress wanted me to find a big cock on CL and write a poem about how it made me feel. While i was writing the poem, it made me actually visualize the act - thank you for sharing the photo of your cock. Below is what i wrote:

Your cock so hard and thick,
my mouth waters as it grows,
my asshole puckers as it throbs,
Your balls tighten as my head bobs,
i gag has You fuck my throat,
as You bust Your nut,
i take it all like a slut

On sounding like a nice girl with no evil thoughts

I was born and raised in Tennessee, primarily by a mother who was born in Canada.

So I can't really say I had the "typical" growing up in the South experience. I didn't even eat biscuits and gravy until I was in college or attend a NASCAR event until I was in my thirties.

I don't say ain't or reckon or use "fixin to" instead of saying going to. My mother would have killed me for anything less than perfect grammar. (I do say y'all but really, saying you guys sounds just plain weird.)

Still, somehow I managed to escape the South with a sweet southern accent that I maintain today, nearly 6 years after I moved away from the land of sweet tea and barbecue.

And I seriously doubt it's going anywhere anytime soon.

I don't have a huge drawl. It's more like a hint of a accent, but in Las Vegas, it makes me somewhat unique.

It also drives the boys crazy.

Recently I met a nice guy online. After our first over the phone conversation he IM'd me: "You got me so turned on. Didn't know what to say. You just sound like a nice girl with no evil thoughts."

It's the accent. It gets 'em every time!
Posted by Mistress Lilyana 2 comments: