The deliciousness of being a scary bitch

The first time I met bon-bon, we lingered for a couple of hours over cocktails before I put him in my rope cuffs and had him kneel for me. He trembled as he knelt. And it was delicious.

The first time we really played, I tied him spread eagle to his bed. I knew he was a novice with rope so I didn't stretch him taunt across his bed. I left a little play in the rope so he didn't feel so restricted. He was visibly anxious. His looked at each wrist with concern until I blindfolded him but his breath remained rapid. And it was delicious.

We've played nearly every week since and even now, four months later, he still gets nervous around me.

And it is still delicious.

But it is surprising to me.

I don't scream or yell when I play. My sadism is usually wrapped in such sensuality, you don't see it coming. I'm usually dressed in something rather classic, never in scary Domme attire.

Still, I'm a Domme and I suppose if you didn't know me well, you'd assume I'm scary.

The thing is, bon-bon DOES know me well. He's had four months to get to know me. And he's still a little scared of me. 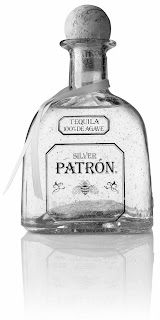 Two weeks ago I had bon-bon come over to hook up some electronics. He was all business in deciding what needed to be done and concluded I needed some additional hardware. Yippee! A trip to hardware store!

On our way, we stopped at the liquor store for wine. We made a selection and then as I was browsing, I heard him asking for the small bottle of Patron.

Back in the car even before I had my seat belt buckled, bon-bon had opened the Patron. I laughed. I made a comment about him not even being able to wait until we got back to my house.

"You make me nervous."

"Yes," he said taking a shot. "You always make me anxious."

And though I was astounded I have the power to make him nervous four months later, I'm pretty sure this scary bitch was instantly wet.
Posted by Mistress Lilyana